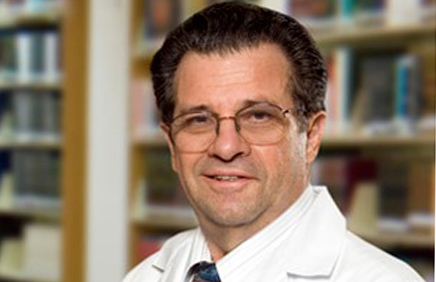 Welcome once again to ACM Inroads!! With this publication, ACM's computing education magazine presents you with a packed issue filled with interesting and diverse content. We thank the many authors who have volunteered their time to make this a memorable keepsake.

As in 2013 and 2014, this September issue of ACM Inroads contains the ACM NDC Study: The 2015 Survey of Non-Doctoral Granting Departments in Computing. This third NDC report appears as a critical perspective. As with the two previous survey reports, it contains many items of interest to educators including enrollment trends in the five computing discipline areas (computer engineering, computer science, information systems, information technology, and software engineering) as well as data concerning faculty trends. As an easy reference to program planning and development, this report is well worth keeping.

In June of 2012, ACM Inroads published a special section—"Computer Science Principles and CS10K" —that received high acclaim. I am happy to report that in this issue of ACM Inroads we have the first of a two-part sequel under the CS10K rubric. The first part, presented in this issue, focuses on the "Exploring Computer Science" course; the second part addresses the ongoing "Computer Science Principles" project and it will appear in the December 2015 issue. Quincy Brown and Amy Briggs, guest editors for both parts, are leading this formal dissemination of news from the CS10K initiative. They have assembled an exciting collection of thought-provoking articles that focus upon the National Science Foundation CS10K project that has been under development since 2009. You will not be disappointed reading these informative articles.

I am saddened to report that our Spotlight Trend Tracker, Curt M. White, passed away in May. Curt had been with ACM Inroads almost since its inception in 2010 and he transformed the Spotlight feature by embracing diverse areas of computing. Associate Editor Henry Walker responded to the news of his death writing, "I was always impressed by his insights, motivation, and follow through, and I certainly enjoyed our interactions." We will miss this staunch supporter of computing education.

On a more positive note, I am happy to report that we are celebrating the 200th anniversary of the birth of Ada, Countess of Lovelace. In honor of this historic event, you will find a reprint of an article by John Füegi and Jo Francis devoted to Ada titled "Lovelace & Babbage and the Creation of the 1843 'Notes'." I am sure you will find this a very interesting read.

Rob Friedman has assumed a new professional position and as a result, he has decided to step-down as associate editor and as the 'Spotlight ... on SIGITE' feature author. Rob has been a steadfast Inroads supporter and worker. I thank Rob for his years of service and I wish him future success in his endeavors.

As always, we are grateful to all readers and authors who have supported this ACM Inroads publication.

The Digital Library is published by the Association for Computing Machinery. Copyright © 2015 ACM, Inc.